In a blog post entitled Fundraising, chapters, and movement priorities, Stu West, Vice Chair and Treasurer of the Wikimedia Foundation, raised a number of interesting questions yesterday regarding the fundraising model currently followed by the Wikimedia organizations and its future in terms of effectiveness, accountability and funds sharing. His main questions are:

* Is it right that 50% of rich country donations stay in those rich countries?

* How do we establish solid movement-wide financial controls to protect donor funds? How do we ensure transparency of the use of those funds?

* Who is ultimately responsible for stewarding donors’ contributions?

* How do we address the above questions while maintaining the decentralization that has made our movement so great?

Thank you Stu for asking these tough questions.

Until now, the post has collected 3 responses. One answer is made in an excellent blog post entitled Subsidiarity as a fundamental principle by Sebastien Moleski, Chair of Wikimedia Deutschland. Another answer, Chapters, fundraising, and “the movement”, is made by Phoebe Ayer, board member of Wikimedia foundation (upon the suggestions of the Wikimedia chapters). And the last comment is from Brad Patrick, former CEO and legal advisor of Wikimedia Foundation.

Stu: Is it right that 50% of rich country donations stay in those rich countries?

As both Phoebe and Seb pointed out, this question is unfortunately misleading. These 50% come totally out the blue and there is currently no way to « guess » which percentage of the money collected in rich-countries is actually spent in rich-countries.

The known figures are :

1) total money collected by Wikimedia Foundation AND the countries this money come from. For the sake on comparison, from November 2010 to January 2011 included, WMF collected 67% from US citizens, 6% from Canada, 3% from Japan, 2% from Spain and 1% from India (other countries made less). The amount collected in the USA in those three months was over $10 millions for a total countrywide of $14.8 millions.

2) the money collected by chapters in their own countries; During the last fundraiser, this amount was 15% ($4.3 millions) of the grand total of « Wikimedia Foundation + Wikimedia Chapters participating to the fundraiser »

The unknow or poorly estimated figures are :

1) an estimate of which chapters can be considered from rich-countries and which can be considered from non-rich countries. I will let you work on this one, there already was a long troll on internal lists over whether a nation was rich or non-rich and as to how it should then be called. Let’s agree nevertheless than the highest majority of chapters participating in the last fundraising drive can probably be considered located in « rich-countries »: Australia, Austria, France, Hungary, Germany, Israel, Italy, Netherlands, Russia, Sweden, Switzerland, UK.

2) the percentage of money collected in all these organizations and currently staying (being spent) in the country. Even though some chapters fund other « non-rich » chapters, even though the WMF is starting efforts in India, likelihood that money is deliberately spent in « less-rich » countries is very low. As Seb pointed out, WMF annual plan clearly shows that most of WMF expenses are actually made in the USA (technical hosting facilities, salaries, rent etc.). Actually, WMF requests from most new non-US staff to quit their country and move to the USA, which is understandable from a management perspective, but does not participate in the wealth of the countries drained from their valuable human ressources.

3) There is no evidence that transferring the money collected by chapters to Wikimedia Foundation will lead to it being spent in « poor countries » rather than « rich countries ». It may or it may not.

No current plan, whether WMF or chapter currently outlines a programme where less than 50% of the budget ought to be spent in rich-countries. I certainly have no opposition for programs to be developed in the Global South and I certainly hope that Wikimedia France will support activities and new born chapters in French-speaking Africa in the near future.

Besides, most of the money currently collected is spent, not to benefit the local population but a project which is by essence worldwide. For example, when Wikimedia France makes a partnership with the Chateau de Versailles, some money is spent on the way on the french territory, but it certainly does not only benefit French citizens, but all those being able to access the wonderful content produced.

Most of the really big and useful projects are driven by the community of volunteers, with appreciated support from staff. But requiring that money be spent in places where there is little community will mean more need to involve staff, more money spent, and more controls to set up.

In short, I read behind this question some of this frequently observed american righteousness which would call for an equality on the paper even though it is not practical. It is interesting to read in both Stu and Seb posts the alternative about how to spend the donors money : should be done primarily according to efficiency and cold logic, or should it massively take into account PR and feelings of what is « right » or « wrong ».

My own question would rather be…. to which point Wikimedia organizations should be proactive in making things happen ? Should/could they be leading forces in organizing events, setting up partnerships, seeding communities in the Global South, promoting the benefits of women participation, lobbying governements etc. Or should/could they just be supporting ressources for the community of volunteers ?

Stu: How do we establish solid movement-wide financial controls to protect donor funds? There are real risks of something bad happening (most likely inadvertent) with so much money flowing around orgs that don’t have good uses established for their funds.

I totally share Stu position on this matter and feel equally concerned by this topic. And completely agree with Seb that the responsibility rest in all of us whilst the Wikimedia Foundation has been the only one forcing chapters to follow stricter requirements thanks to the fundraising agreements. His position requiring that we « set of global minimum standards and a solid and independent reporting/enforcement structure » is completely along the line of what Thierry Coudray (Wikimedia France Treasurer) and I proposed during the last Wikimedia chapter meeting.

Stu: Who is ultimately responsible for stewarding donors’ contributions?

It is a multiple level responsibility. Each chapter holds a good part of the responsibility. And Wikimedia Foundation another part. Note that whilst WMF feels partly helpless and worried by its poor ability to control financial and reputation risks, Chapters feel equally helpless and worried by their poor ability to control the activity of WMF. The Audit Committee being a Wikimedia Foundation legal structure and chapters being independant legal entities, the Audit Committee should have no oversight authority over the chapters. Once again, what is needed is an independant auditing structure.

Brad: I am representative of the view (perhaps the most demanding view) of the chapters “earning” their way forward.

Totally agree with you that the chapters should be earning their way forward. You and I travelled on this way a few years back when respectively staff and board member of WMF, and God knows it has been a hard way ! Wikimedia Foundation is sometimes a little too tough with chapters which are not moving forward fast enough and professionally enough to their taste and I sometimes feel it is forgetting the past a little bit too quickly (WMF went through rough roads as well), but this is required. I would only hope that WMF would remember that money is required to grow up, good staff is needed to set up all those (quite boring) financial, accounting, legal procedures and controls. And with limited money, a chapter can not hire good staff. The new fundraising agreement can end up in the WMF controlling the speed of growth of chapters through the limitation of their fundraising ability. I hope WMF will not abuse this feature and limit maturing whilst at the same time requesting it. There is a fine balance here.

Brad:You can’t just hand over the money and wish the chapters good luck. And you can’t rule the world from San Francisco, either. I strongly recommend sticking to first principles, doing things openly, transparently, and with community input, and keeping ultimate responsibility (as it must be) with the Board.

WMF does not *hand over* the money to Chapters. They must sweat to earn that money. They must set up collecting websites, sound banking systems, accounting procedures, private donors data management, provide fiscal receipts, translate WMF messages, craft PR content, get independantly audited, transfer money internationally and so on. It is not just HANDING OVER money. Actually, with less means, most chapters do more than WMF when it was at the same stage of development. For equivalent collected money, most chapters do that with volunteers when WMF already had staff to help. The difference is that WMF kept all the money collected whilst chapters have to hand over 50% of it to WMF. I recognize the efforts of all, but please give credit when credit is due.

My point is not irrelevant. One path the Wikimedia mouvement could travel on would be to let Wikimedia Foundation do all the collecting work. There would be disadvantages in this that WMF would not be able to provide fiscal receipts in most countries and would not be able to cultivate donors in all countries as Chapters can do. It will also have to deal with international communication all by itself. Chance is that far less money would be collected reference needed. However, Wikimedia Foundation would get rid of all these painful points related to transparency, accountability, control, or money share. Stu’s post would be largely moot. In this case, the solution would be that Chapters would annually apply to a grant to Wikimedia Foundation and would in effect be *handed out* their annual revenue by the Wikimedia Foundation with limited work to provide except good grand requests and reports.

Until now, this is actually how « non-rich » chapters survive.

Thank you Stu for raising these very difficult questions. I do not expect the situation will be fixed anytime soon, but we could already work on shared procedures and controls as well as on an independant auditing organization. 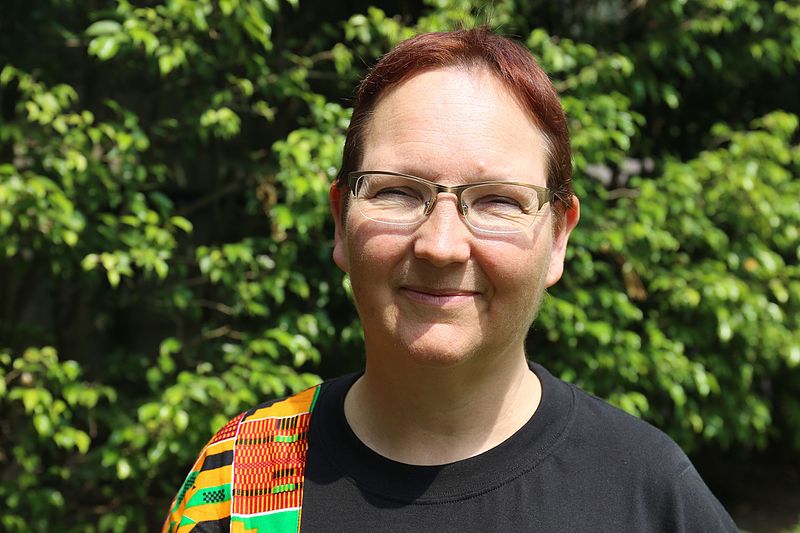